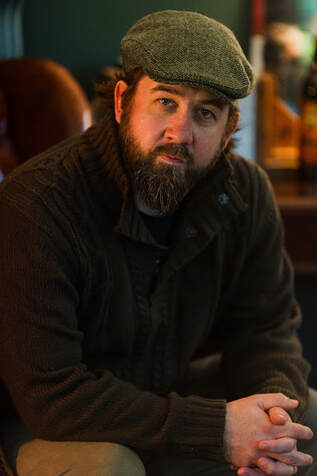 J.W. Ocker is the award-winning author of macabre travelogues, spooky kid’s books, and horror novels. His nonfictions books include The New England Grimpendium and The New York Grimpendium (both Lowell Thomas Award winners), Poe-Land: The Hallowed Haunts of Edgar Allan Poe (Edgar Award winner), and A Season with the Witch: The Magic and Mayhem of Halloween in Salem, Massachusetts. His novels include Death and Douglas and Twelve Nights at Rotter House. His most recent nonfiction book, Cursed Objects, came out from Quirk Books in September 2020 and his next novel, The Smashed Man of Dread End, from HarperCollins in Summer 2021.

He is also the creator of OTIS: Odd Things I've Seen (oddthingsiveseen.com), where he chronicles his visits to thousands of oddities of culture, art, nature, and history across the country and world with photos, articles, and through Odd Things I've Seen: The Podcast. His work has appeared on or in CNN.com, The Atlantic, Rue Morgue, the Boston Globe, The Guardian, TIME, and other places people stick writing. Ocker is from Maryland but has lived in New Hampshire for more than a decade. He has a wife, three daughters, and celebrates Halloween for two months.